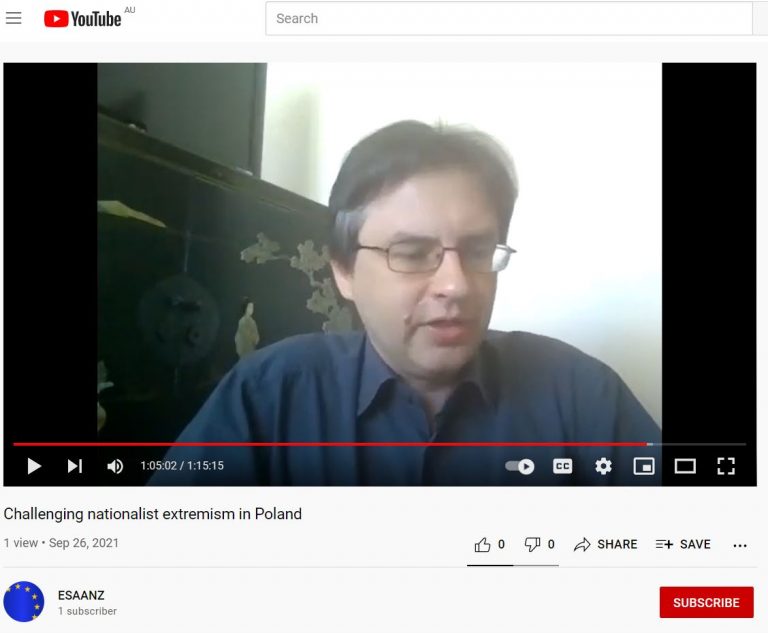 Organised by the Australian Institute of Polish Affairs (AIPA) and the European Studies Association of Australia and New Zealand (ESAANZ), we cordially invite you to a presentation by Prof. Rafal Pankowski, a co-founder of Poland’s leading anti-racist organization ‘NEVER AGAIN’.

The mission of the ‘NEVER AGAIN’ Association is to promote multicultural understanding and to contribute to the development of a democratic civil society in Poland and in the broader region of Central and Eastern Europe. ‘NEVER AGAIN’ is particularly concerned with the problem of education against racial and ethnic prejudices among the young. Since the mid-1990s, the ‘NEVER AGAIN’ Association as the first organization in Poland has offered non-material support to individuals who are getting out of the trap of far-right ideologies. Former members of neo-fascist and extreme-right groups have contacted 'NEVER AGAIN' for help and advice, while trying to leave their former group which formerly gave them a sense of strength and ideological identity. ‘NEVER AGAIN’ has offered them support and ethical guidelines in their path of deradicalization as well as assisted in challenging their former, hatred-filled convictions. Please join us to discuss nationalist extremism in Poland.