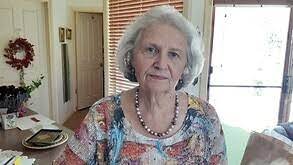 The Order of Australia for Wanda Horky

Congratulations to Mrs Wanda Horky (a member of AIPA and Secretary 2017-2019) who has been awarded of Medal (OAM) of the Order of Australia on 26 January 2021, for service to the Polish community in Australia.

MEDAL (OAM) OF THE ORDER OF AUSTRALIA IN THE GENERAL DIVISION

For service to the Polish community in Australia.

Council of Polish Organisations in the ACT

Polish Seniors Club of the ACT

Awards and recognition include:

·       Gold Cross of Merit for services to the Polish Australian community, 1999