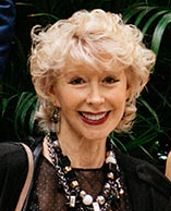 I want to take this opportunity to introduce myself as the new President of AIPA elected last November 2021.

I am highly honoured to be entrusted with this role. It is a rewarding but also very challenging responsibility.

I would like to thank our past President, Associate Professor Gosia Klatt, for leading our organisation in challenging circumstances for the last two years. Under her leadership, our Institute strengthened its digital presence and established new modes of operation. AIPA now has a new website and a YouTube channel. Due to the impossibility of meeting in physical spaces, we conducted several online webinars that opened new networking opportunities and established new connections in Europe and worldwide. I am pleased to assure you that Gosia Klatt will still serve on the AIPA Board as Treasurer.

As President, I will continue implementing plans and initiatives started in the previous Term. Planning has begun for the 30th Anniversary of AIPA's inception and the launch of a recently published book about AIPA by Dr Zofia Kinowska from the Polish Academy of Sciences. We are organizing podcasts with the current and previous Australian Ambassadors to Poland and Polish Ambassadors to Australia to commemorate the 50th anniversary of the establishment of Polish Australian diplomatic relations. We have also been working towards the commemoration of the 40th anniversary of the Solidarity migration to Australia (which had to be abandoned last year due to the pandemic). We will continue to organise online webinars, and I foresee fascinating discussions with Poland's leading artists and other high-profile guests. We continue our negotiations with Olga Tokarczuk, regarding the possibility of her visit to Australia.

This year marks a special anniversary - the centenary of the birth of Professor Andrew Ehrenkreuz. Born in 1921, Prof Ehrenkreutz was one of AIPA's founders and a past President. He passed away in 2008.

If I may quote from Adam Warzel's commemorative article, available on our website, Andrzej Ehrenkreutz was 'a tireless champion for Poland's freedom and independence. […] The secret of his success as a political activist and lobbyist was that he never equated patriotism with Polonocentrism, thereby avoiding the trap of nationalism. He had a rare gift for bringing people together. He was an ardent patriot, a supreme political activist, a great scholar and, for those fortunate enough to know him, a close and loyal friend'.

To follow in his steps, and those of and other distinguished AIPA Presidents, is a real privilege for me.

I see AIPA's original objectives as still very relevant. They are:

From a personal perspective, I would like to strengthen AIPA's narrative as a non-political organisation committed to liberal, democratic, and universal human values. We contest policies and actions that threaten those values, regardless of which political party stands behind them.

With its roots in Australia’s established democratic system, AIPA strives to develop networks with Polish and Australian parliamentarians, diplomats, academics, intellectuals, and artists. Through such networking, we aim to enhance Poland's reputation, importance, and participation in a continually globalising world, and in the EU.

I am looking forward to my term as President and I count on your support and participation.

I wish you a peaceful and safe Christmas, and a happy and prosperous New Year.