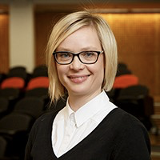 When I was taking over the role of AIPA President last November, I had a number of plans and strategies for AIPA activities in 2020. We all know how it all turned out – from March 2020 basically we all were focused first and foremost on the Covid-19 situation. The lockdowns and health threat this virus has posed forced us all to withdraw from any public activities – especially meetings and organising AIPA events.

The situation required a new strategy to bring people together and utilise expanded digital tools for communication. Already in June, AIPA created the YouTube channel where we posted several video recordings – the first small step in developing our digital presence. These first recordings were directed to our Polish speaking audience as we wanted to showcase the situation in Australia and how Australia has been dealing with the health, economic and social issues during Covid. Special thanks to Janek Pakulski and Tomasz Wozniak for your presentations. There is a great opportunity in using this youtube chanel to record and post AIPA lectures online. The most recent presentation by Gosia Dunwill on Elite Schools in Poland has now been posted online and the link has been circulated. But we may want to start recording all of our seminars if the guests agree.

But I think our digital presence needs to be strategic and planned and invested into and this in my view should become one of the significant tasks for the AIPA Board in 2021.

But just before Covid hit we were able to organise several activities including a visit of Professor Roman Kuźniar, prominent academic and expert on international affairs from the University of Warsaw. Professor Kuźniar visited Melbourne, Hobart, where he gave lectures as well as Sydney where we frantically worked on rebooking his flights to get back to Poland. All in all it was a successful visit – we were able to make the most out of this visit despite the huge limitations and pressures – the detailed activities from this visit are included in the regional reports.

Another significant event, and an opportunity to showcase AIPA and implement AIPA’s statutory objectives to promote Polish-Australian relations was the planned 40th anniversary of Solidarność, to celebrate the arrival of the Solidarity Migration Wave from Poland to Australia. This event which is envisaged as a function with several Australian official representatives in attendance and supported financially by the Department of Premier and Cabinet through the Multicultural Festivals and Events grant and I am glad to inform that we have supported the extension of the funding to 2021 and are hoping to organise this event in the first half of 2021.

One of the most recent events organised by AIPA on line was the presentation by the Director of Polish Studies at Cambridge University Dr Stan Bill who talked about Counter Elites in Poland and the recent political and social developments in Poland. His knowledge and understanding of Poland’s situation was very impressive and an interesting discussion followed. The online event gathered 25 attendees and some guests commented that it was the most informative event in 2020. It will be worthwhile to invite Dr Bill to Australia one day for a visit possibly co-sponsored by AIPA.

It was our second digital lecture, and followed Janek Pakulski’s presentation on a comparison of approaches on combating Covid-19 pandemic and it was a promising experience which will allow us to plan ambitiously for future online presentations.

In 2020, we marked two important anniversaries. First was, the 100th anniversary of the birth of Prof Jerzy Zubrzycki, with a ‘centenary reminiscence’ written by Janek Pakulski who was also interviewed by the radio SBS. Second was the 75 years of the liberation of the Auschwitz-Birkenau so I represented AIPA in the event organised by the Jewish Holocaust Centre. It was especially moving to hear the survivor Eva Slonim speak about her memories of the liberation. AIPA joined a number of initiatives and initiated protest letters related several troubling issues. For example:

There were also a number of contributions to the discussions in the media by AIPA membres:

So taking into account the limited options in 2020, AIPA has remained very busy.

However, before I mention our plans for 2021, I would like to also share what I have learnt as the President of AIPA and what challenges we as organisation face and need to pay attention to resolving.

As discussed at the last AGM AIPA has been created 30 years ago – different times in Poland, Australia and globally. I thought the role of AIPA needs o evolve with the times. HOWEVR, my experiences as a leader and the deteriorating state of Polish democracy convinced me that now more than ever AIPA’s objectives remain current:

But of course our modus operandi – how we operate and how we position ourselves needs to be updated to correspond with modern/postmodern times. I think there are some challenges within our Institute as well as externally to which we need to respond.

Internally there are two issues that I would like to pay more attention to:

I will leave those points for further discussion, and for the AIPA Board to consider for 2021.

And to finish off, our plans for next year – apart what I have just mentioned for the board to work on:

I have been enjoying a lot of your support since taking on this position which has been important to me. I must acknowledge the very active contribution to promoting AIPA and Polish-Australian relations of many wonderful people including Janek Pakulski, Adam Warzel and all AIPA board members: Gosia Dunwill, Halina Zobel Zubrzycka, Stas Hempel, Olek Gancarz and Irenka Zdanowicz.