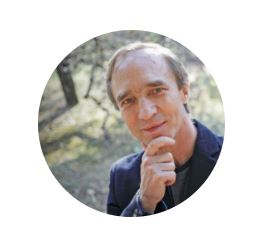 Can We Save the Catholic Church? - lecture by Professor Stanislaw Obirek

The Australian Institute of Polish Affairs (AIPA) is pleased to invite to a lecture titled: Can We Save the Catholic Church? by Stanislaw Obirek, a culture anthropologist, and a professor at Warsaw University.

The recording is here

He will discuss his most recent book titled: Gomora about the power, money and fear in the Polish Catholic Church. He discuss idea of hope and change which comes from Pope Francis and new forms of spirituality in the Catholic Church.

The audiobook of Gomora is available on youtube here.

Stanislaw Obirek, a culture anthropologist, is a professor at Warsaw University. He teaches in the American Studies Center. He was a visiting professor in Holly Cross College in Worcester MA (2000), and a fellow in St. Louis University (2004). His books include Catholicism as a Cultural Phenomenon in the time of Globalization: A Polish Perspective (2009); Winged Mind. Walter Ong’s Anthropology of Word (2010); Liberated Mind. In Serach of a Mature Catholicism, 2011);  with Zygmunt Bauman two books: Of God and Man (2015) and On the World and Ourselves (2015); Pole Catholic? (2015); together with Artur Nowak Narrow Path. Why did I leave the Church (2020) and Gomorrah (2021). He is interested in the place of religion in modern cultures, interreligious dialogue, and strategies for overcoming conflicts between different civilizations and cultures.